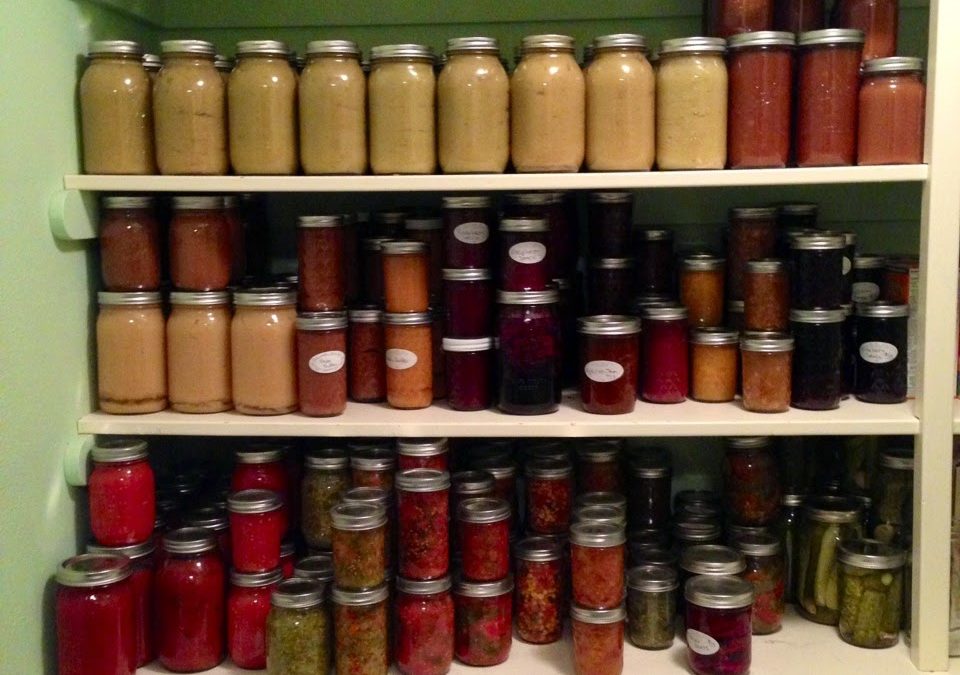 “One of the most important resources that a garden makes available for use, is the gardener’s own body. A garden gives the body the dignity of working in its own support. It is a way of rejoining the human race.”
~Wendell Berry 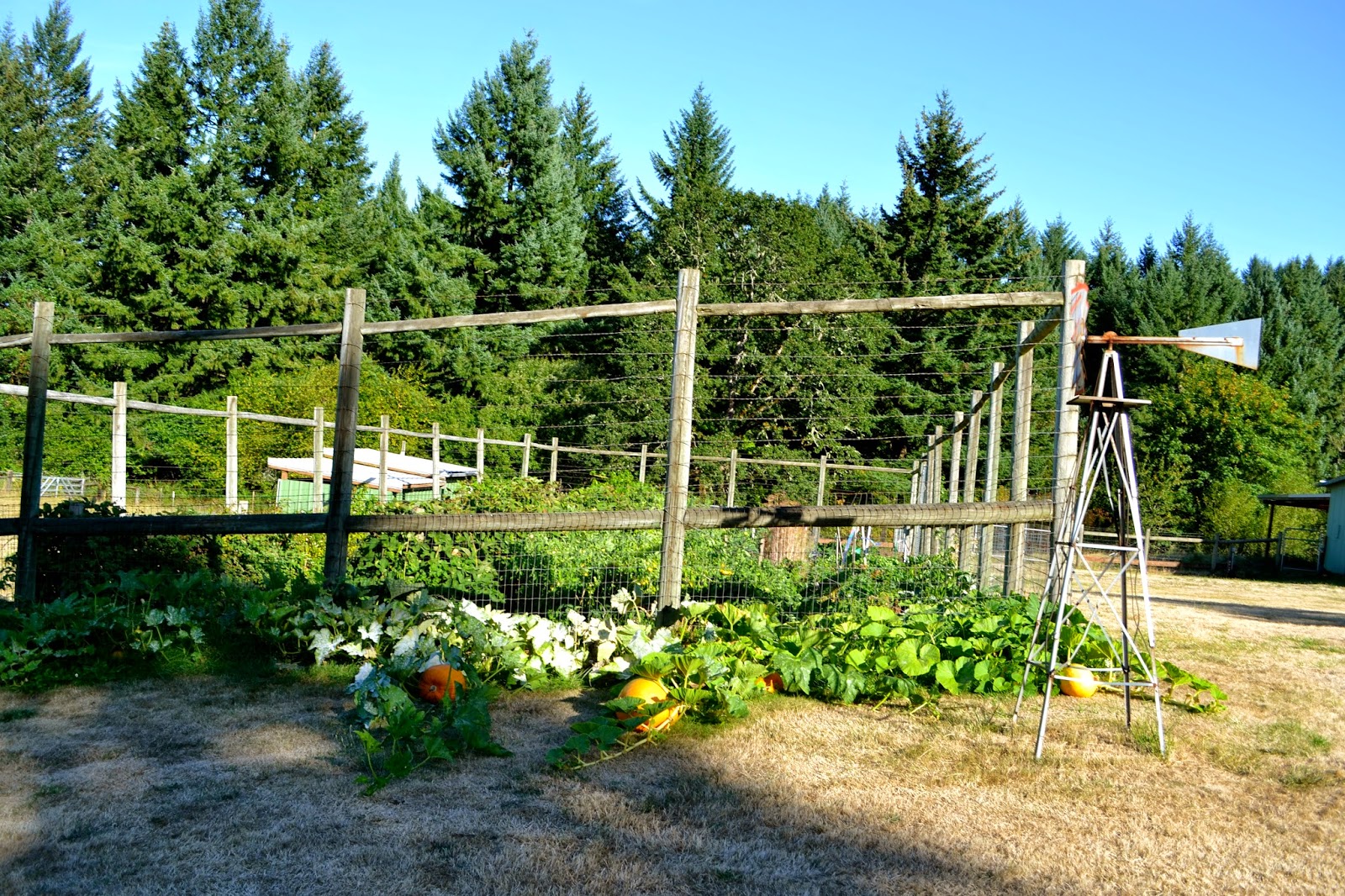 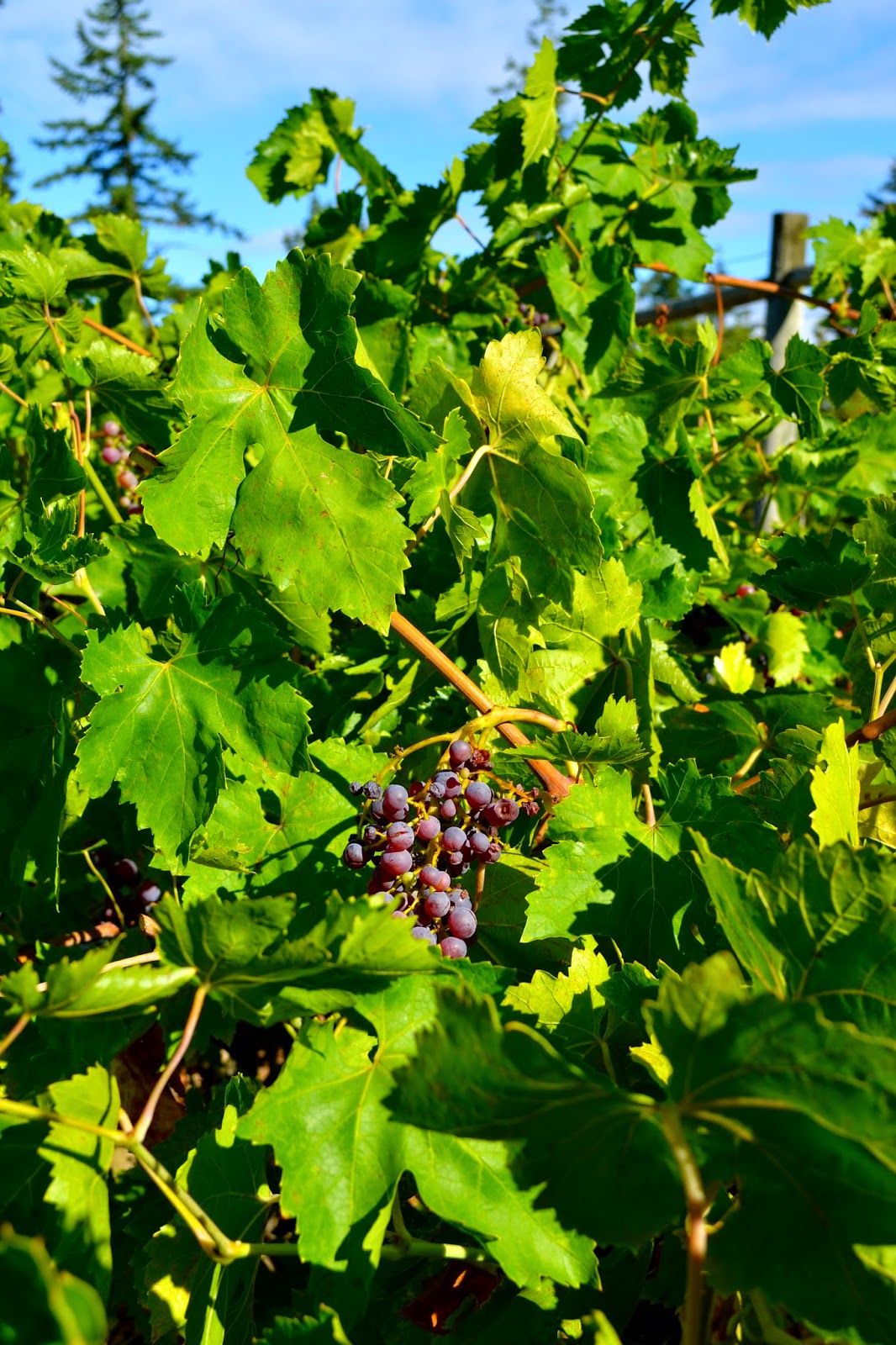 The 2,000 square foot garden entirely enclosed with a 10-foot deer fence was one of the more alluring, yet daunting, aspects of our property when we purchased it. I inherited a 30 foot long row of strawberries, a 40 foot row of marionberries (that completely inundated us this year), 30 feet of raspberries, and 15 feet each of concord grapes and boysenberries. Caleb also planted 8 blueberry bushes that did not produce this year and a long row of asparagus, which are a perennial and take two years to be ready for harvest. Yet, the garden was not even 1/3 full. I told myself that I did not have to plant all of it. I could do as much (or as little) as I wanted. But it felt wasteful to have the space, cleared and mostly irrigated, and not grow food for my family. So I planted all of it. 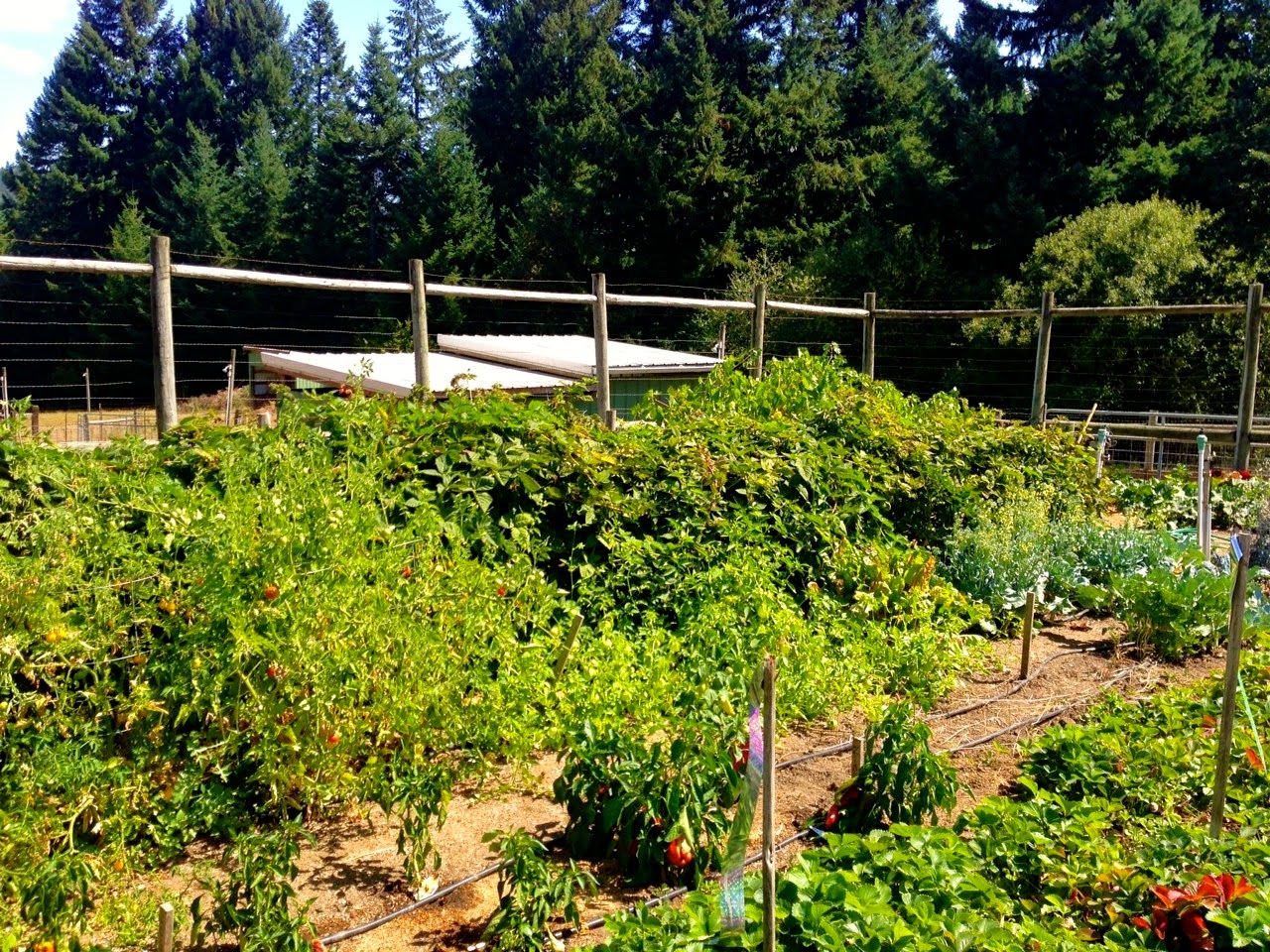 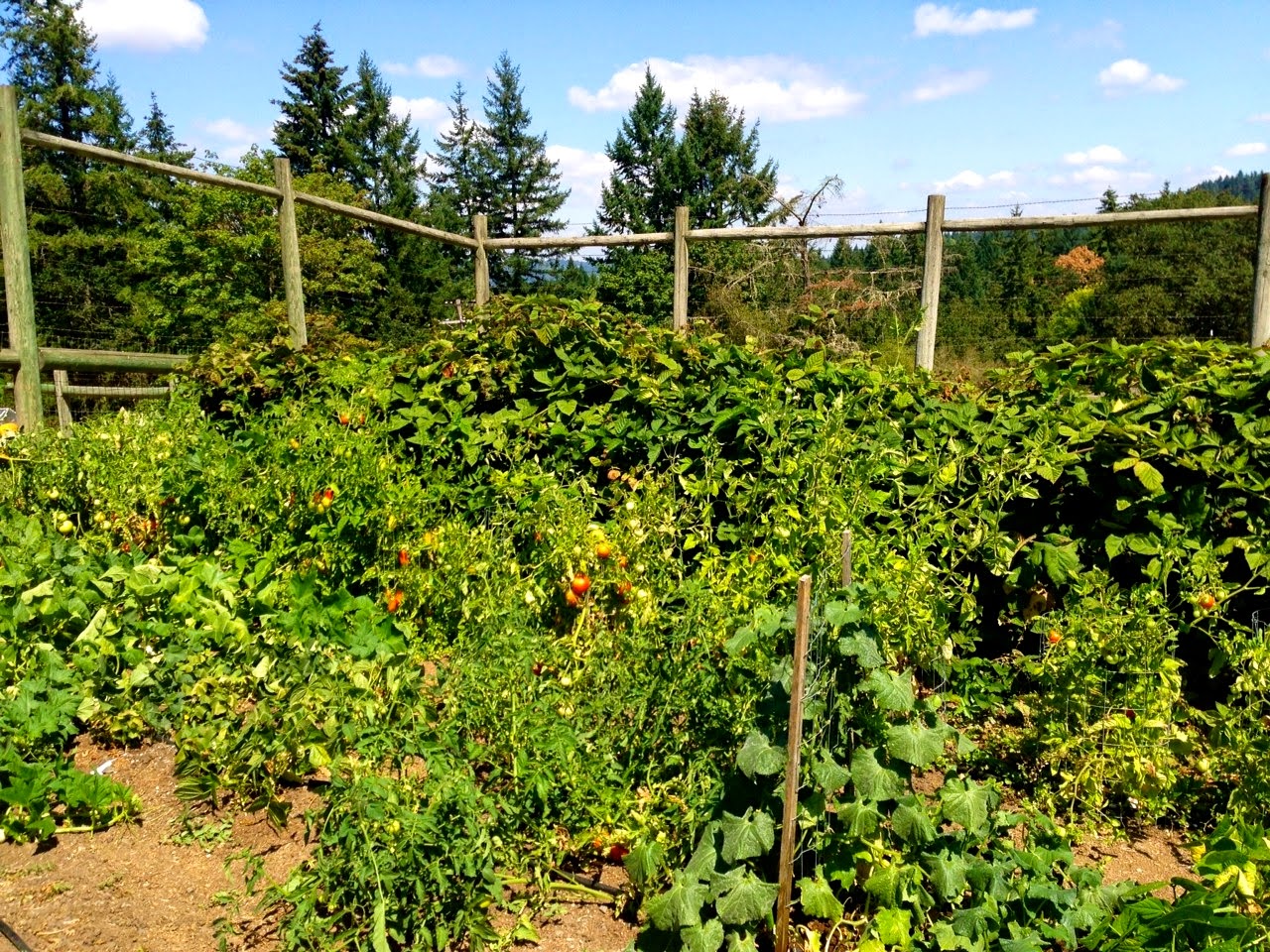 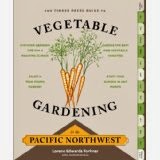 I decided this would be an experimental year since I have never grown any type of garden worth mentioning and didn’t really know what I was doing. I grew a little bit of everything (and a lot of some things) to learn about it and to see what my family would use. I went easy on myself and did not start seeds indoors, or even use very many seeds at all. I mostly planted starts. I picked up Vegetable Gardening in the Pacific Northwest at Costco, and it was extremely helpful. Invaluable, actually.

Broccoli: Wow, this went all season long and it was the veggie presented at many dinners. I would definitely plant again and maybe even a bit more. I planted a second round mid-summer and it is still going now, though not as vigorously as my first planting.

Salad Greens: Early in the season they were delicious. They get bitter the warmer the weather gets.

Kale: It’s still growing strong. I dehydrate leaves and make a kale powder in the food processor. About 20 leaves goes into 1 Tablespoon of kale powder. That is some concentrated nutrition! I plan to sneak it into sauces and soups this winter.

Butternut Squash: I planted 3 plants and have 12 large butternut squash cured and in basement storage, hopefully to last the winter.

Zucchini and yellow summer squash: Who isn’t successful with these? I have gallon bags all cubed up ready to make our favorite zucchini cheese soup all winter long.

Tomatillos: 5 plants that all produced heavily and needed no care. They amazed me. I canned a lot of salsa verde.

Tomatoes: I planted 25 plants of all different varieties in the hopes that they would ripen at different times. The plan worked well and yet I always had enough to work with at any given time. I marvel at how many tomatoes go into any tomato product. If I truly wanted to use only homegrown tomatoes all year long from my pantry, I can’t fathom how many plants I would have to plant. 100? Quite possibly.

Beets: I grew these from seed and they did well. I have tried every possible way to eat beets and still cannot stand them. Caleb loves them though so I try to can a few pints for him.

Snap Peas: My kids love eating them straight off the vine so very few even made it to the dinner table. Peas are the first crop planted in the spring and the first one to be done in early summer. I would plant more next year as they grew right up the fence and we certainly have enough fence to offer them.

Pumpkins: I planted several plants of different varieties and we have many pumpkins. Actually, a volunteer pumpkin plant sprouted near the compost pile and was the healthiest, most thriving of them all, producing 6 huge pumpkins. It was gratifying to carve pumpkins that we had grown ourselves. 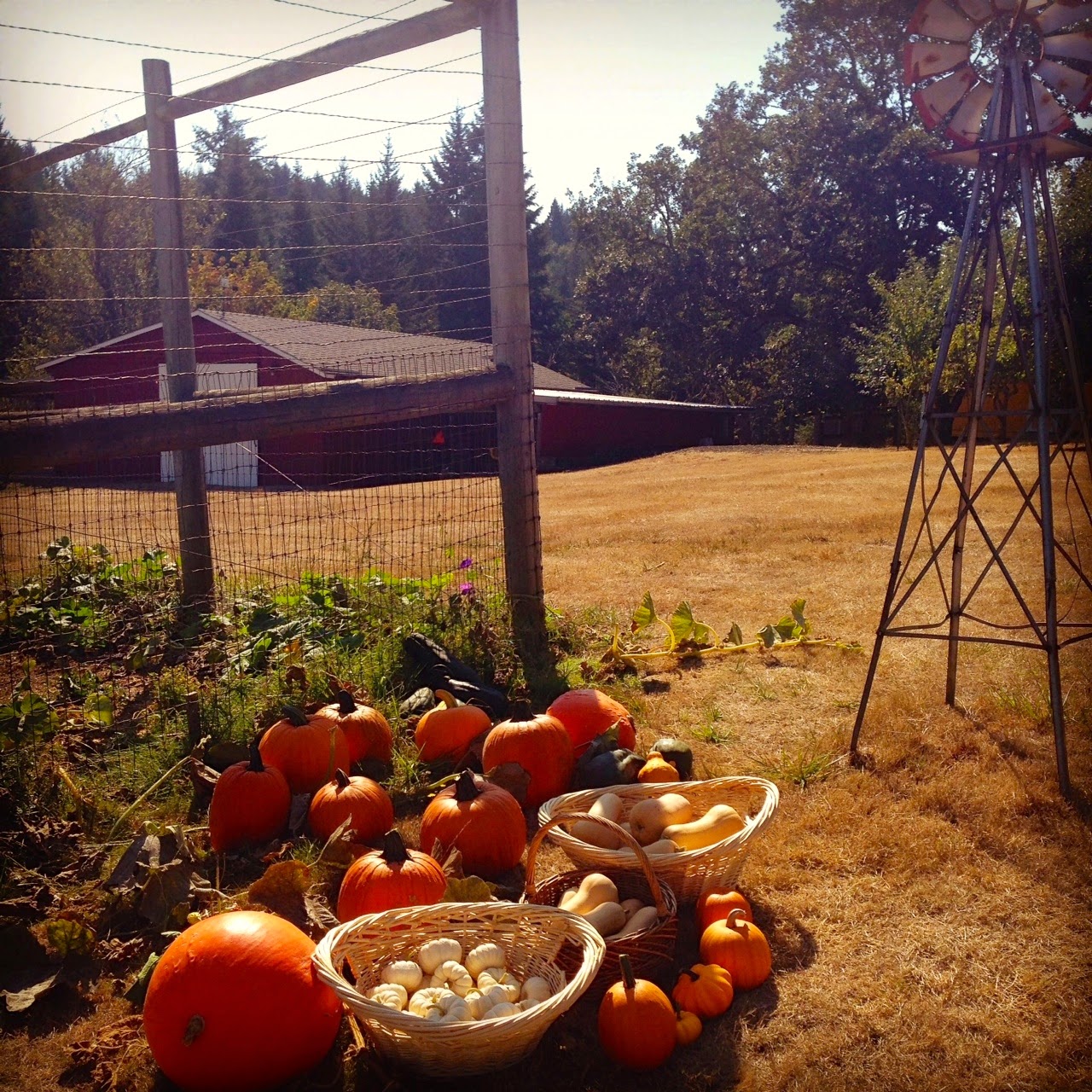 My Failures
Green Beans: I planted several plants of all different varieties, pole and bush. None of them really thrived. We had a few green bean dinners and I was able to freeze a few for winter, but I would plant several more next year and definitely not a couple of the varieties I tried.

Potatoes: I planted a 20 foot row of yukon golds, baby reds, and purple potatoes. They started out strong, but parts of our irrigation system were not working properly and the potato row was just not getting enough water. It was a huge failure, but I’d like to try again after we re-vamp our irrigation.

Onions: I planted some along the fence where there is no irrigation, and pretty much anything that relies on me hand-watering for it’s main water source is not likely to survive.

Celery: I missed the proper harvest time and they were inedibly bitter.

Carrot and Spinach from seed: None of my seeds sprouted. I even tried carrots twice. They were one of the few things I had grown successfully before, so I was surprised and disappointed.

Cauliflower: I planted mid-summer for an early fall harvest and I missed my window. They have all bolted.

Mixed Bag
Swiss Chard: It’s beautiful. It’s big. It grows all season. It’s still growing. But how much swiss chard can one use? I suppose I’m not creative enough.

Radishes: They were definitely a success. I grew them from seed and they were ready in 3 weeks. The instant gratification was fantastic. The problem is that they were so spicy we could hardly eat them. Seriously, they brought tears to our eyes. And again, how many radishes can a person eat?

Parsnip: I had a large, thriving parsnip patch growing from seed. I planted in May and they are not ready for harvest until October. So while I patiently waited all summer, I would come out each day and find a burrowing animal (mole or gopher, I suspect) had tunneled into my patch and devoured one. The patch died a slow death, one parsnip at a time and I was powerless to stop it. This month, harvest month, I had one pathetic half-parsnip left. Sad.

Pickling Cucumbers: My plan was to have 3 pickling cucumber plants so I would have enough ripe at one time to do batches of pickles. One plant thrived from the start. The other two died, so I dutifully purchased two more to replace it and then they died. Inexplicably, that cycle continued. After purchasing at least 6 plants, I decided I would do better, financially, to just outsource my pickling cucumber purchase, if needed. That one plant produced amazingly and I was able to can several pints of pickles just from it, although I did have to purchase some additional cucumbers at the store. Caleb is a little panicky that we will not have enough to last us all year (He loves my garlic dills!) and I’m afraid he may be right.

Bell Peppers: I had a blossom end rot issue so probably half of my peppers were rotted and unsalvageable. I read that can be caused by inconsistent water and un-coincidentally, the irrigation was not working on that row and I had to hand water. What I did harvest were great and I was able to use them in my salsas.

Watermelon and Cantaloupe: They really don’t grow too well here and even though this was our warmest, driest year in recent history, we only harvested a few small melons. They were so delectably sweet though, that it was completely worth the space they used. (And I am only speaking of watermelon. Cantaloupe is the one food I have despised all my life. Even the smell makes me throw up in my mouth a little. My kids, however, love it, so I sacrifice.)

I haven’t even touched on pears and apples or done any philosophizing on growing our own food. I will have to save that post for another day. My pantry is full. My freezer is full. Food is rotting on the vines in the Autumn rain and I cannot bring myself to even go into my garden and deal with it. I am tired. But I am satisfied in a way I’ve never known. For this abundance I prayed, and the Lord provided. 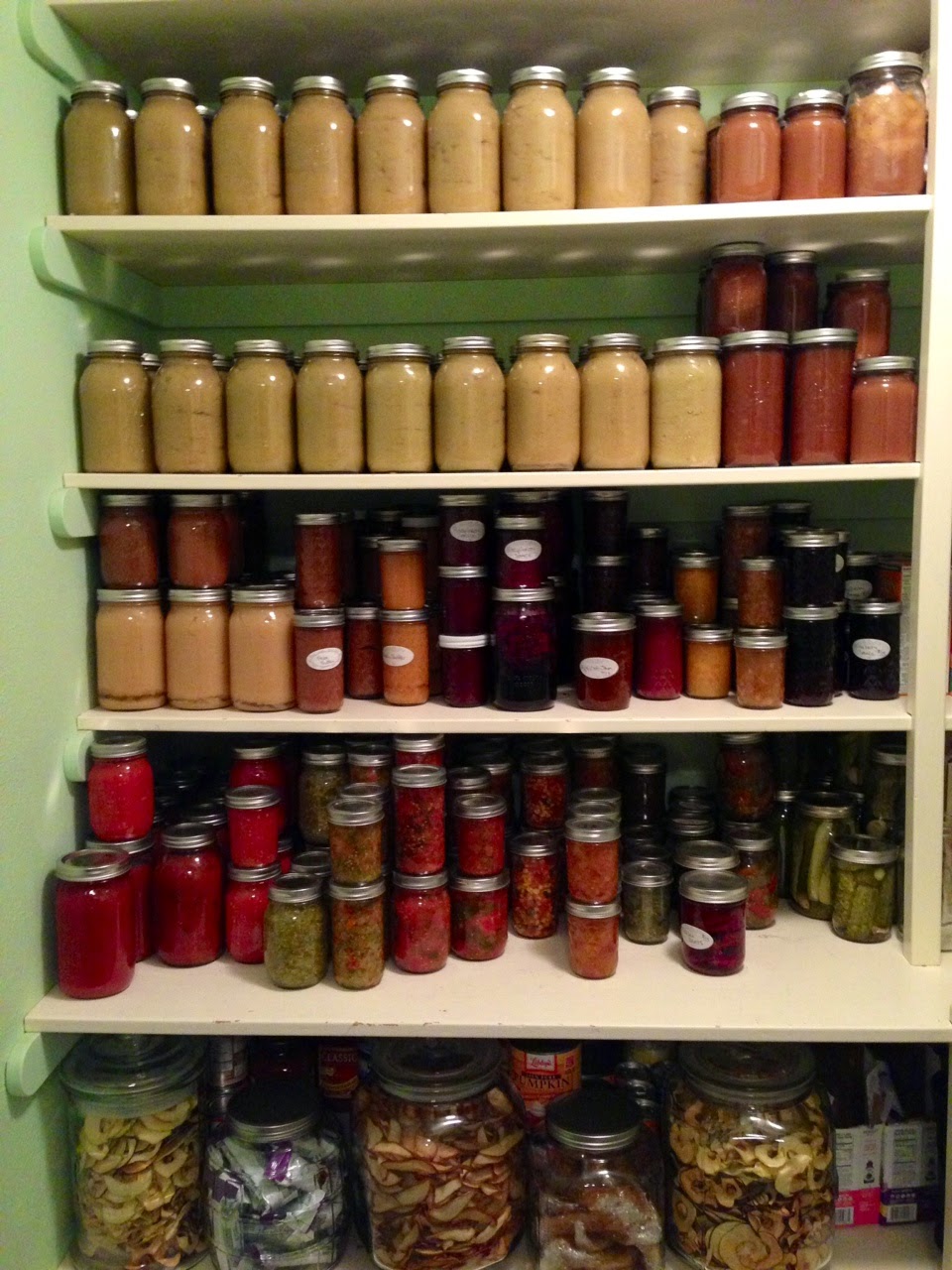