Moving Forward, Loading Cows, and a Not Unpleasant Surprise 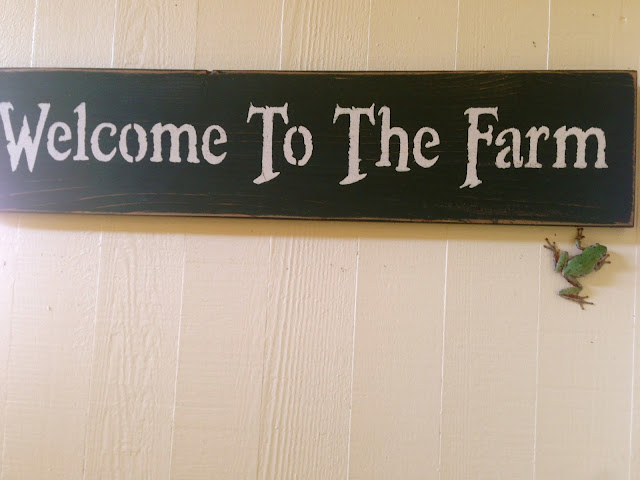 Summer is rolling by. The pastures are parched, the garden is growing, and the kids are enjoying mostly unscheduled days. 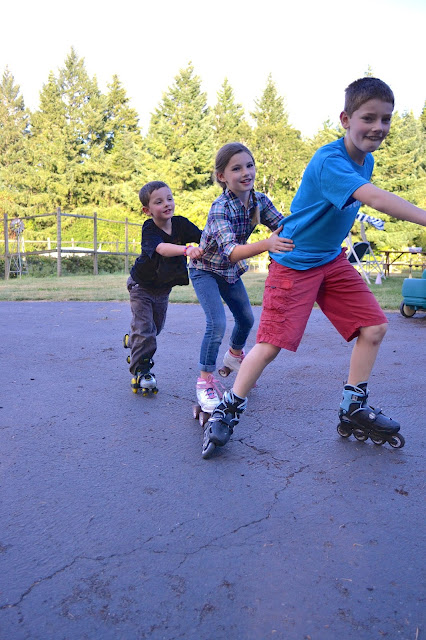 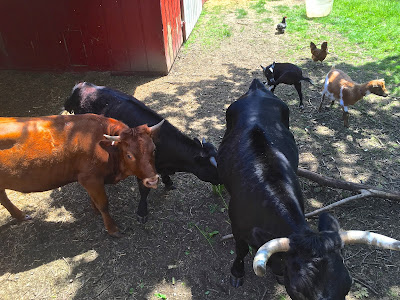 Last blog entry I shared how three animals in the photo at right should be pregnant, but are not. Marianne, the little black goat, was our last hope and her possible due-dates have come and gone, even though we saw her mating with Westley the buck during two heat cycles. I belong to a “goat health care” Facebook group and asked the question: Why would a healthy doeling with regular heat cycles NOT get pregnant??? There are many possibilities, but the most common reasons suggested were a vitamin deficiency (most likely vitamin A) or cysts that prevent pregnancy. We really want goat babies, but after Elinor’s stillbirth and the time and money it would require to have a vet assess Marianne and then try and get them both to a buck (pretty sure we don’t want a buck here again) on the one day they are in heat (which likely will not be on the same day)… I’m just burned out on the process right now. Perhaps we’ll re-assess next spring.

When we bought Annabelle the black Irish Dexter cow in January we were given the name of a lady who has an Irish Dexter bull that we might be able to use in future. We contacted her and though she didn’t want her bull to come to us (she has a closed herd, meaning she does not vaccinate or worm because she does not allow her cows to come in contact with other pastures) she was willing for our two girls to come pasture at her farm for a couple of months. Though we offered to pay her or have a large quantity of hay delivered to her as a useful thanks, she declined. She is just being extremely generous to us, people she’s never met. I’m finding that country folks are mostly really kind, giving people.

So the date was set for us to load our two cows into the livestock trailer that we bought from the people who sold us Annabelle and drive them an hour into the hills. I think this trailer is pretty sweet. Originally it had a bumper sticker that said “Back off city boy, country girl on board!” But mercifully I peeled it off before Caleb had to tow it for the first time. 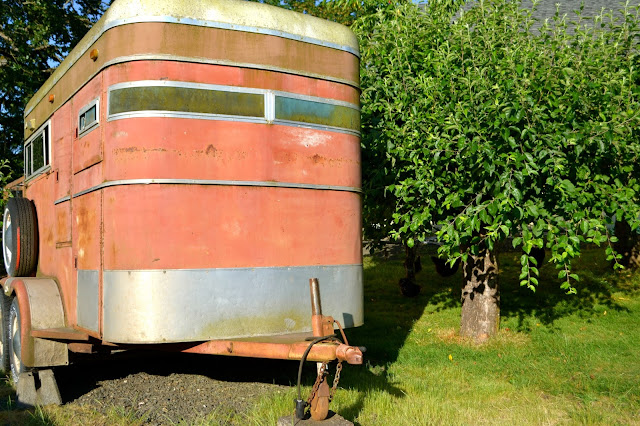 I asked my experienced neighbor for advice on loading the cows and she said, “Allow yourself plenty of time and just feed them into the trailer. Whatever you do, do not get frustrated. If they know that you want them to get in, that is the last place they will go.” Knowing that these girls will follow me anywhere if I’m holding a bucket of grain, I really was not too worried. At this point I will abridge the story and say that after two hours of continuous effort we had loaded zero cows. The grain did not work. Apples did not work. Hay did not work. I was a sweaty mess (that trailer does not breathe!), near tears, seeking guidance from God, and was about to give up, when Nutmeg decided to just hop right in. Praise the Lord!

Daylight was waning, so we tried Annabelle one last time, but she declined. She is 11 and perhaps wise even beyond her years. She has had several owners. She has calved every year of her life. She understands that no good comes from riding in trailers. 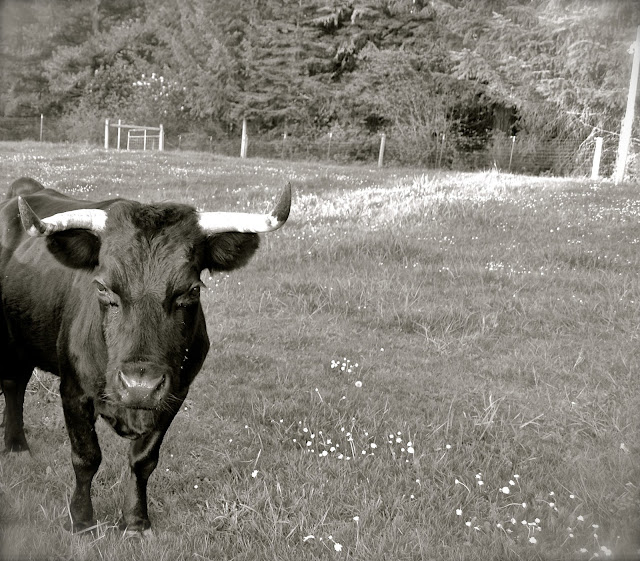 Annabelle does what she wants. And as I now realize, she also doesn’t do what she doesn’t want. I have to respect a cow who knows her mind. Nutmeg is still hanging with Buddy the Bull and is hopefully pregnant even as I write this. Annabelle is still un-pregnant in our pasture. 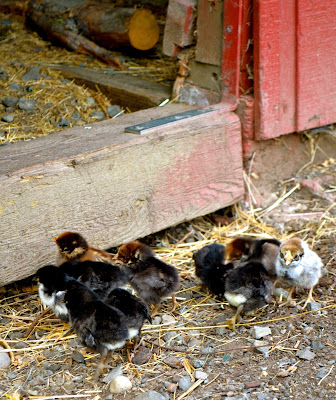 One species of animal we have not struggled to breed are chickens. Last week Caleb came in from the barn and said, “Here’s one for you. Apparently we’ve been missing a chicken for 21 days because there is a black chick running around the barn.” Yes, we’ve gone from naming our chickens to not even counting them at night because I can’t remember how many we have and half of them are black (black being the dominant trait in the “barnyard mix” chicks we keep hatching) and I don’t know who’s who. So it was quite feasible that we had missed a chicken for three weeks without realizing it. After hearing this, I just assumed a hen had sat on one of her own eggs and hatched one chick. The next morning I went out to find not one, but ten adorable fluffy chicks scurrying around the barn. 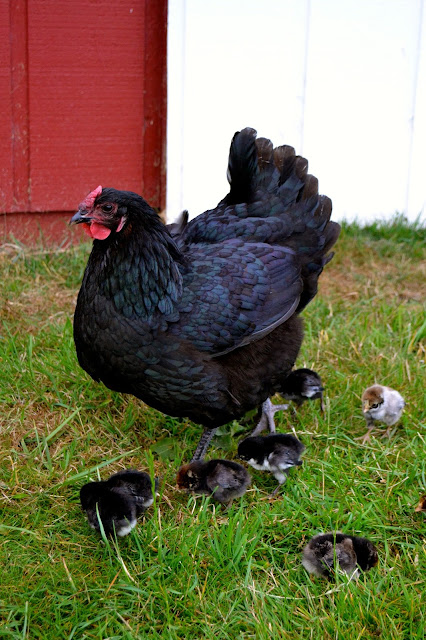 We really didn’t want more chickens right now, but it’s hard to be too upset with this much adorableness pecking and scratching around the barnyard.

And there’s something about summer that just makes everything all right. 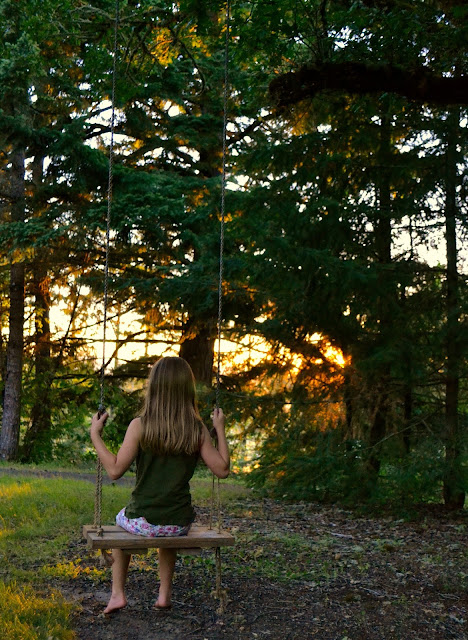