Garden Tweaks and Growing from Seed 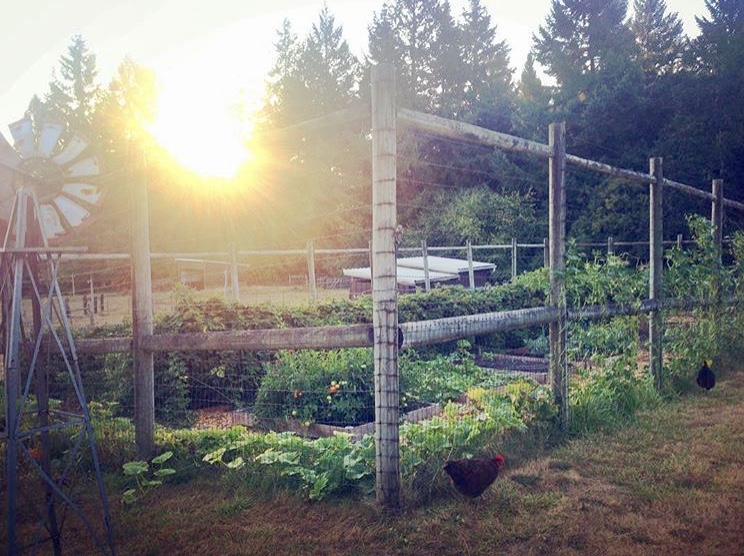 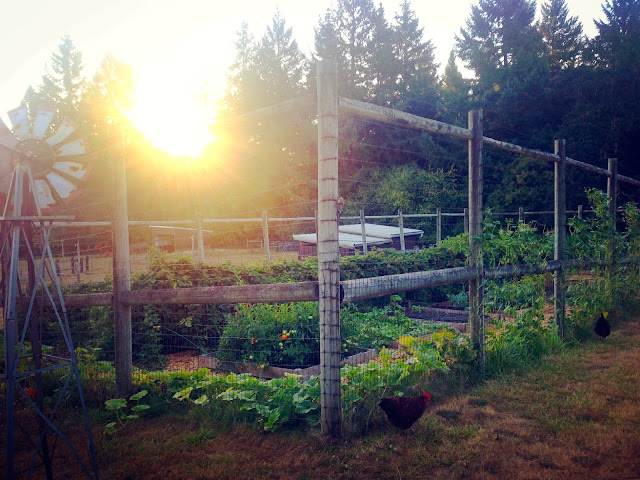 “However many years she lived, Mary always felt that
she should never forget that first morning
when her garden began to grow.”
~Frances Hodgson Burnett,
The Secret Garden

Each season on our property has its own charms, but in summer every joy is magnified. It’s the fruit of what all our hopes and labors from the previous months have been straining toward. Summer feels like sweet relief. And since autumn has wrapped her wet, blustery arms around us (at least for today), I suppose it is time to reflect back on the Good Gifts of summer.

This is the third year planting our 2,300 square foot garden and every year we make major modifications to the layout, watering systems, etc., in an attempt to best steward the space. In the past I have planted long rows directly into the ground and we battled horribly with weeds and everything looked so untidy that it would stress me out a little just to be in there.

So this spring, at my request, Caleb built raised beds, which of course meant he had to re-lay the irrigation he had installed just last year.  (He is extremely patient with his many helpers and my many requests.) 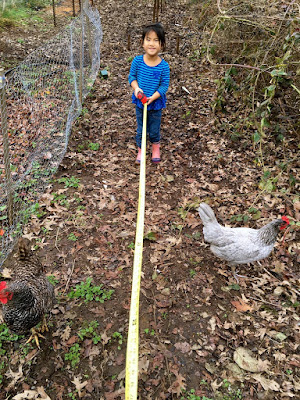 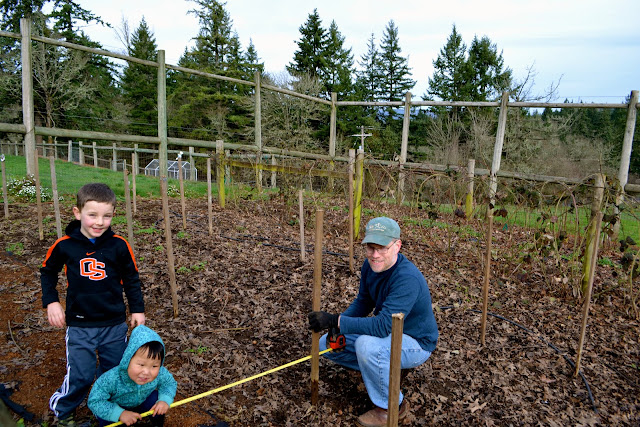 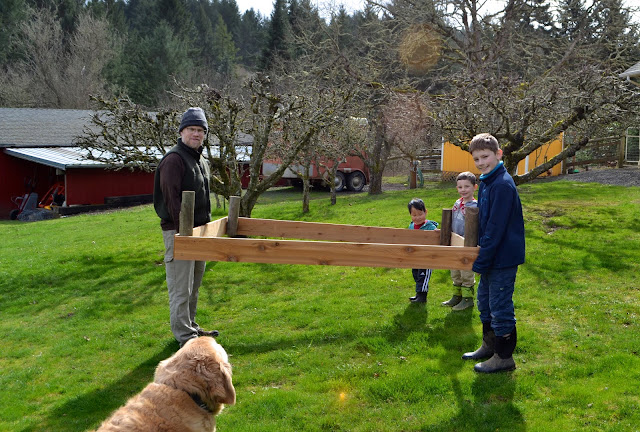 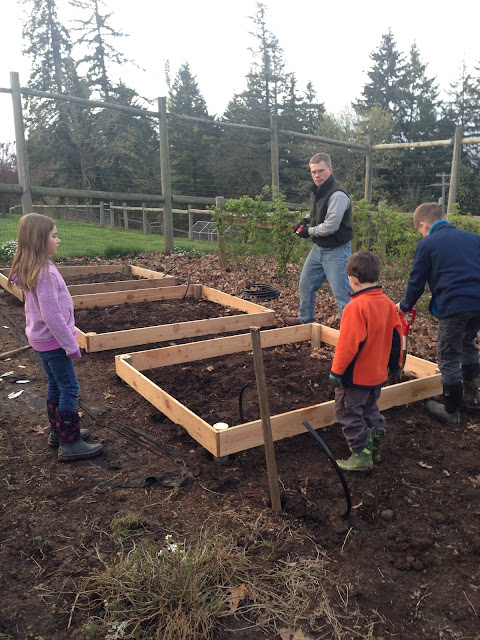 These beds made me very happy for several reasons: 1) weeds were more manageable 2) the soil was easier to amend, and 3) everything was visually tidy.

In the past when I have planted my garden, I have just made a few sketches of where I want to put things, gone to the store, bought whatever they had that interested me, and plopped them in the ground. But this year, I planned. I mean really planned. 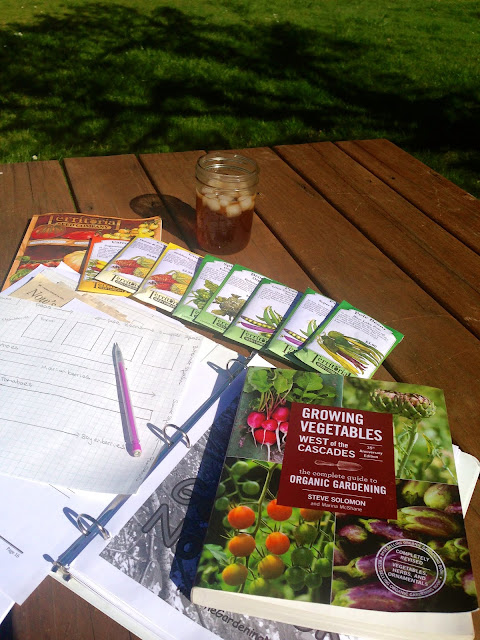 This book has changed everything for me and I cannot recommend it highly enough. It is specific to the Pacific Northwest region, even to the Willamette Valley, and gives detailed instructions for each crop, the breeds that do best, how and when to plant them… everything! For the first time I decided to plant several crops from seed, which always seems riskier for some reason, plus I do like the instant gratification of buying starts. But with seeds I was able to choose the exact breeds I wanted to grow and it was SO much cheaper than buying starts.


Many crops, like tomatoes, peppers and other heat-loving vegetables, must be started indoors first in our climate, but several crops can be planted directly in the ground. I chose to experiment this year with peas, green beans, corn, broccoli (I did buy back-up starts), spinach and cabbage. I also planted rutabaga, radishes, potatoes, and carrot, which are all always grown from seed.

I’ve been storing my carrots in the ground all summer, where apparently they have continued to grow. This carrot was 8-inches in diameter! 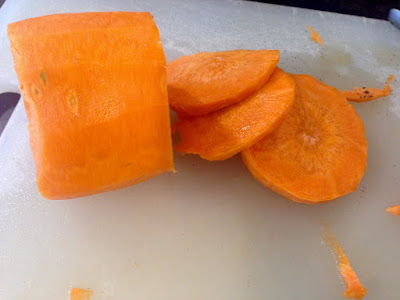 They are the sweetest, most flavorful carrots I’ve ever tasted. 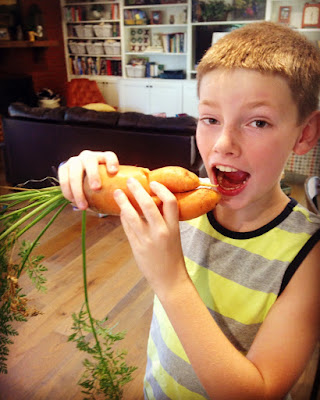 The carrots have started to split in the ground though so it is definitely time to bring them in! 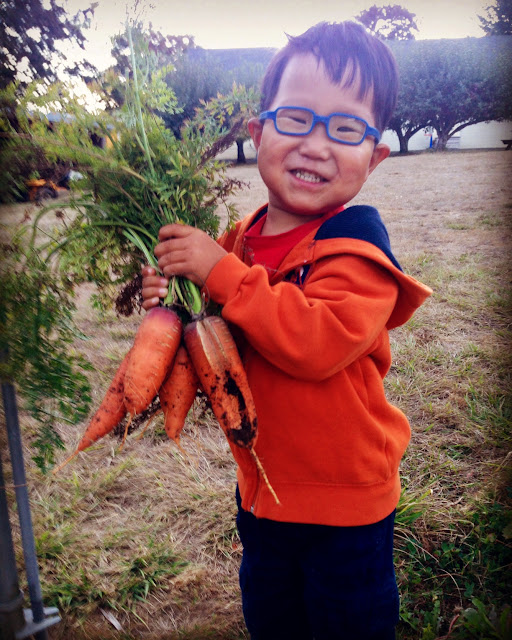 I had great success with my peas. I planted a 25 foot row along the fence and they were beautiful! When I think of a little 6-pack of pea starts being $3, and that I would have needed probably 20 of those to fill my space, I feel especially satisfied. 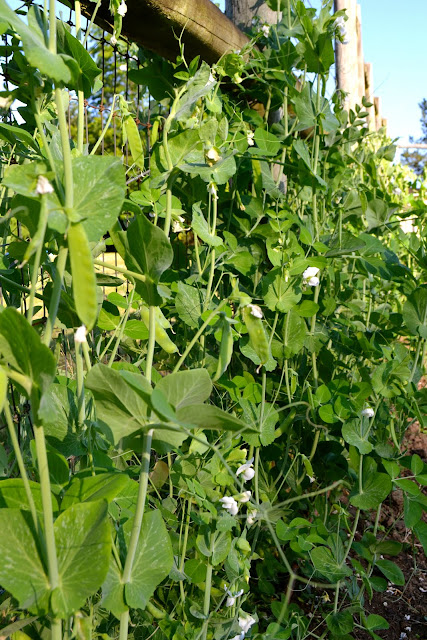 Peas finish up in June, and for the first time I actually had my act together enough to plant a second round to harvest before frost. However, the new crop certainly does not look like this one, and I have only gotten about ten pea pods so far.

The corn is kind of Caleb’s baby. He loves growing it and we dedicated a large bed to it this year. We also planted it from seed for the first time. We planted it a bit late anyway, and then waited and waited for it to come up. Only a few did, but then the little starts soon disappeared. We finally realized those stinkin’ birds that pester us relentlessly had snatched most of the seeds before they could germinate and then even the starts that actually did! Occasionally Britton will patrol the garden with his bee bee gun for me, but he can’t always be on duty. 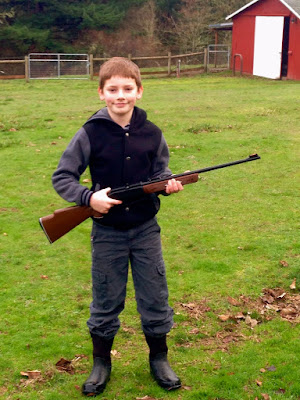 We were nervous we would be too late to plant seed again, so we bought some starts from the farmer’s market. I was lamenting the bird-problem to my neighbor and she said she puts a little piece of PVC pipe over each seed and leaves it on until the stalks grow big enough that the birds will leave them alone. Brilliant! (Have I mentioned how wonderful country-neighbors are?) We planted the starts and also the seeds with PVC pipe and they both thrived happily.

While we were thrilled with our corn yields, we were disappointed in the taste. When we have grown corn prior the flavor was amazing – like what you dream about when you think of homegrown corn. These mostly had a gummy texture and if the texture was okay, it was not flavorful at all. I don’t know if it was our crazy hot-cold-hot weather pattern this summer or some other cause, but I plan to read up on it this winter and see if we can avoid it in future. I canned corn relish and froze the rest. I think it will be fine in soups and stews, but it was definitely not good straight off the cob.
Another disappointment were my potatoes. I spent a healthy chunk of money on both yukon gold and purple viking seed potatoes. I did everything right, as far as I can tell. And yet when I harvested, I got maybe 10 pounds of potatoes, when I was expecting 100+. I now have a little box of potatoes covered in newspaper stored down in the basement and they are precious to me, like gold. I don’t even want to use them.
Though October is nearly here, the garden is not done yet! For the first time ever, in July I planted a small winter-garden bed, including kale, swiss chard, broccoli, and cabbage, which are just now beginning to thrive. I’m hoping to extend the joy of eating from our own garden well into the dreary, dead months ahead, when fresh tomatoes and strawberries seem only a faded dream. 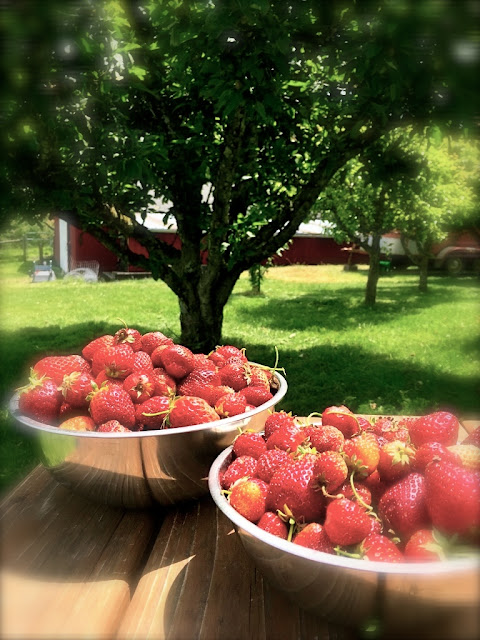