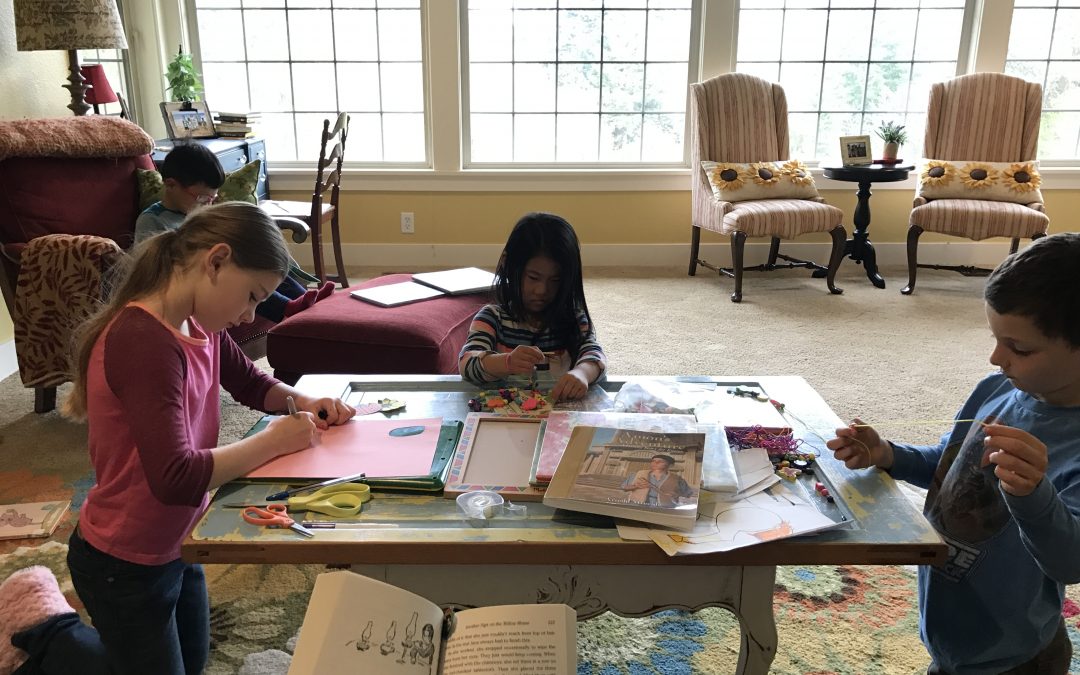 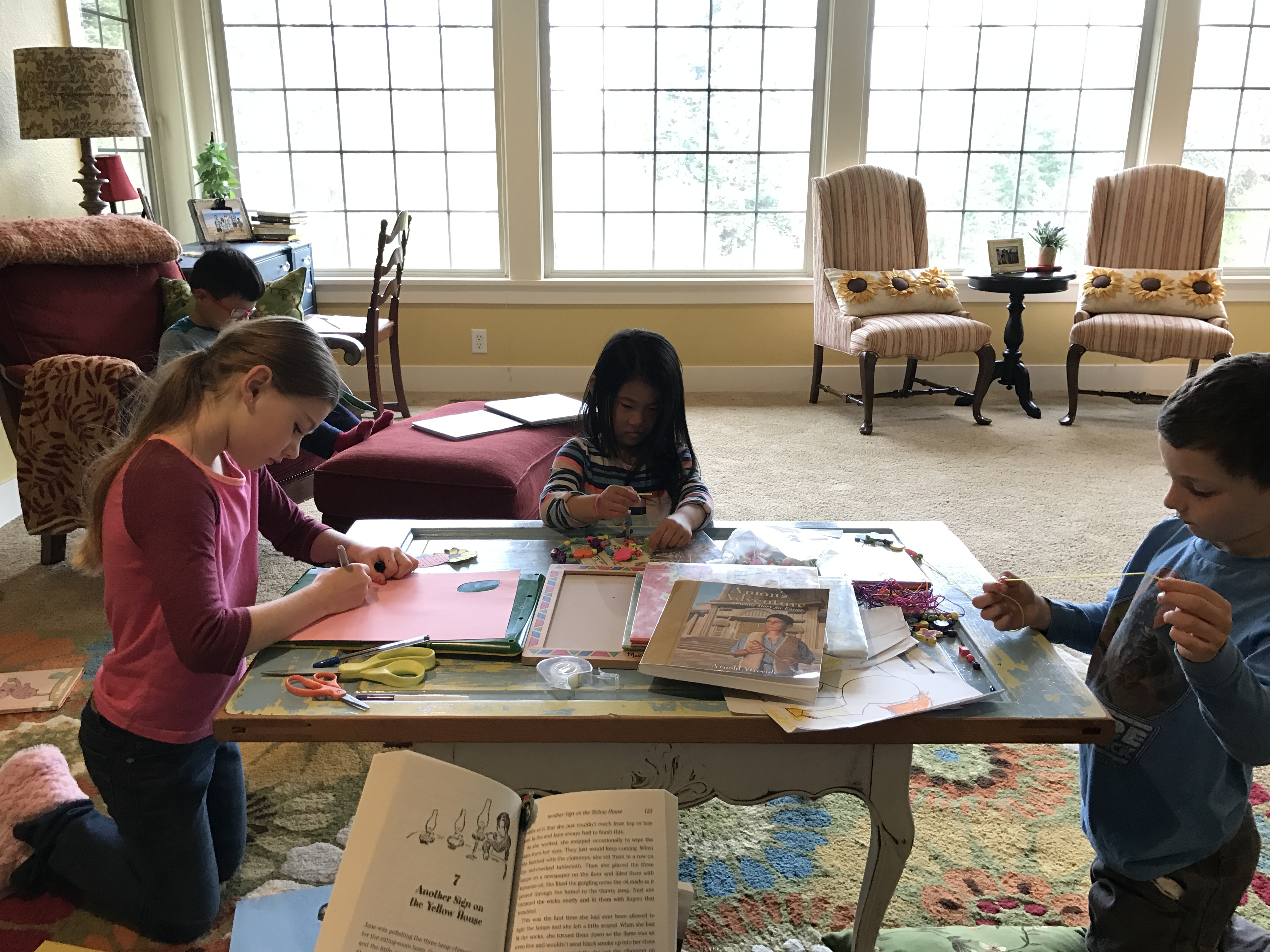 When I first heard that Sarah MacKenzie (from amongstlovelythings.com) had a podcast called The Read-Aloud Revival: Building Your Family’s Culture Around Books, I knew I had to listen because 1) I love literature and 2) I felt like I was letting read-alouds slide to a place of unimportance in our homeschool, particularly for Britton, who at 10, was a very capable, independent reader. Math, spelling, and memory-work seemed to have much more tangible benefits than the mere “guilty pleasure” of an enjoyed story. Because of the varied ages of my five children (then 2-10), I was attempting to do two separate read-alouds, squeezing them both in during nap time because of the disaster that Rosie was (happily she has matured) during read-aloud time. Combine that with my terrible character voices, which often hindered (not helped) the story, and my read-aloud efforts often felt frustrated and futile. Thus the Read-Aloud Revival found me.

The Read-Aloud podcast has been running for two years and currently has 49 shows on such topics as how to pick books, how to fully utilize the library, how to perform better character voices (yes, please!), living a story-formed life, and the topic that captivated me most fully: why reading aloud is so important, particularly for older children. 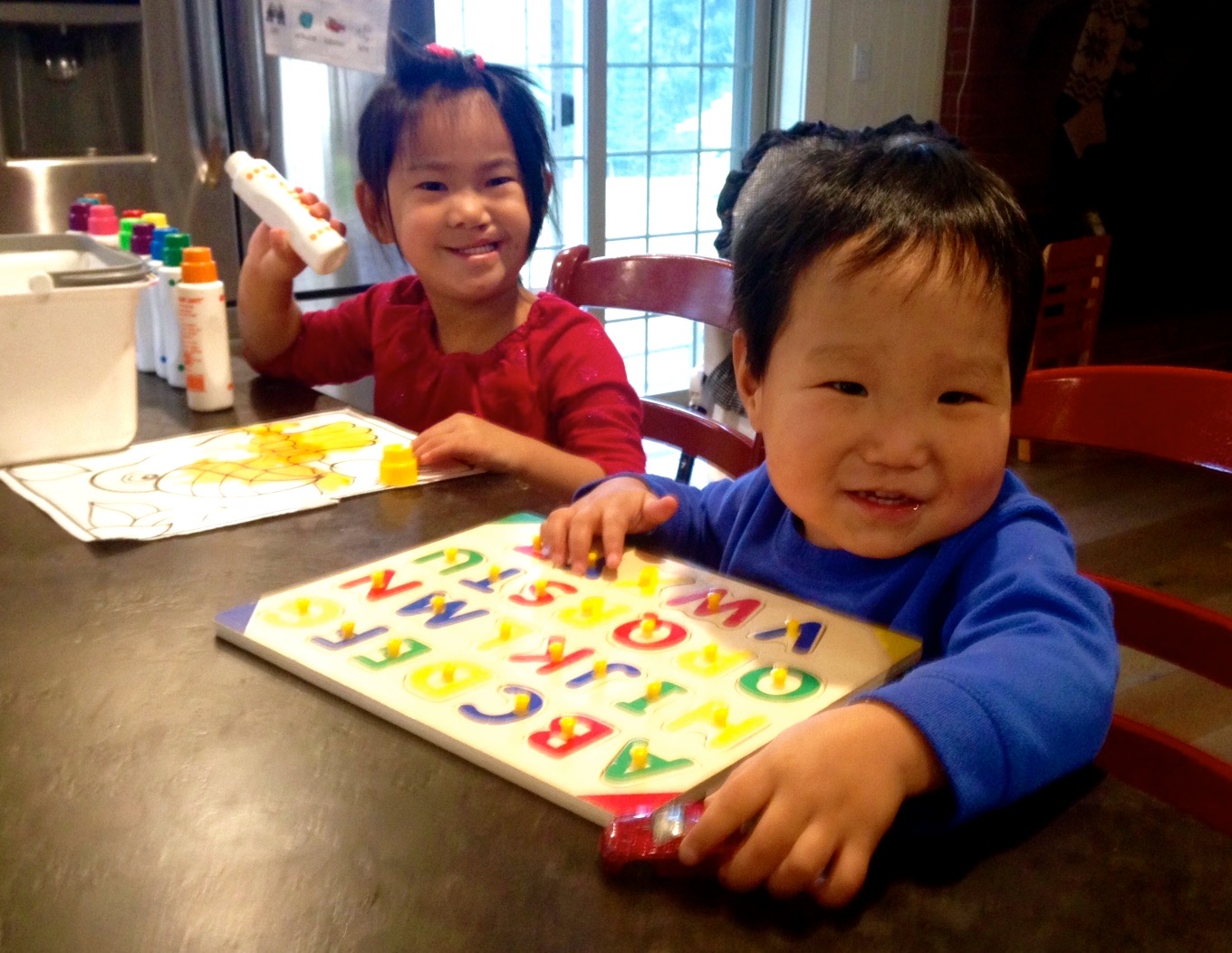 The most impactful episode was the very first foundational one where Sarah interviewed Andrew Pudewa fromthe Institute for Excellence in Writing, the creator of the outstanding writing curriculum Classical Conversations and many other homeschooling families use. He spoke of the weakness of our current method of reading aloud to children just until we launch them into independent reading, and then leaving them to their own decoding devices. (Can’t you visualize a bulletin board with a rocket and the catchy phrase “Launch into Reading”? I may even have done this in my brief time as a classroom teacher.) He makes the point that reading a book and listening to a book are completely different experiences. When reading, kids can skim or even skip unknown words or challenging passages. You can “read” Lord of the Rings by reading one out of three words, and still follow the plot pretty easily. But what truly cements the “reliably correct and sophisticated language patterns” he contends are necessary for future success in oral and written communication is by hearing it through the ear, most often through quality literature read aloud, as well as through memorizing quality passages. He elaborates on these thoughts in his own excellent talk “Nurturing Competent Communicators“.

All of this new information rocked my world and also challenged me to re-instate the Read-Aloud. I had a fresh, invigorated vision of why my children needed to hear these great stories through their ears and into their brains, and not merely read them independently, no matter how proficient they were. So I made the decision that I was going to make reading aloud a top priority for our family, but I was going to streamline my efforts. Whenever our family was in the car, we were going to listen to a talented actor read a piece of literature. (We’re not even fancy with downloads or anything like that – we get all of our audibooks on “hard copy” CD from the library.) I would continue to read to them for a few minutes in the afternoon and before bedtime because that’s just what we’ve always done, and despite my deficiencies, it is a special time.

I submit to you the literary ground we covered in one year with some “couch” reading, but mostly through audiobooks during weekly errands and a couple of longer car trips:

2015-2016 school year:
Adventure According to Humphrey, by Betty G. Birney
The BFG, by Roald Dahl
Black Star of Kingston, by SD Smith
Caleb’s Story, by Patricia MacLachlan
Charlie and the Chocolate Factory, by Roald Dahl
A Christmas Carol, by Charles Dickens
Dangerous Journey: The Story of Pilgrim’s Progress, by Oliver Hunkin
The First Four Years, by Laura Ingalls Wilder
Harry Potter and the Chamber of Secrets, by J.K. Rowling
Harry Potter and the Sorcerer’s Stone, by J.K. Rowling
The Hobbit, by J.R.R. Tolkien
Island of the Blue Dolphins, by Scott O’dell
James and the Giant Peach, by Roald Dahl
Little Pear and His Friends, by Eleanor Frances Lattimore
A Little Princess, by Frances Hodgson Burnett
Little Town on the Prairie, by Laura Ingalls Wilder

Mary Poppins, by P.L. Travers
Matilda, by Roald Dahl
Old Yeller, by Fred Gipson
The Penderwicks, by Jeanne Birdsall
Peter and the Starcatchers, by Dave Barry and Ridley Pearson
The Prairie Thief, by Melissa Wiley
Sarah Plain and Tall, by Patricia MacLachlan
The Secret Garden, by Frances Hodgson Burnett
Shiloh, by Phyllis Reynolds Naylor
Skylark, by Patricia McLachlan
Stuart Little, by E.B. White
Surprises According to Humphrey, by Betty G. Birney
These Happy Golden Years, by Laura Ingalls Wilder
Trumpet of the Swan, by E.B. White
Waiting for Magic, by Patricia MacLachlan
A Wrinkle in Time, by Madeleine D’Engle

30 books! And that was mostly through redeeming wasteful weekly car-time. Did my 2 and 3 year-old Littles understand everything they heard? Certainly not. Did 5 year-old Charlie fully appreciate A Christmas Carol? No, but he was exposed to the sophisticated language patterns and vocabulary of Dickens and can actually tell you about some of the plot and characters. Car rides have been mostly peaceful as we’ve shared these stories together. Even the Littles are remarkably quiet, almostreverent, as we all listen. 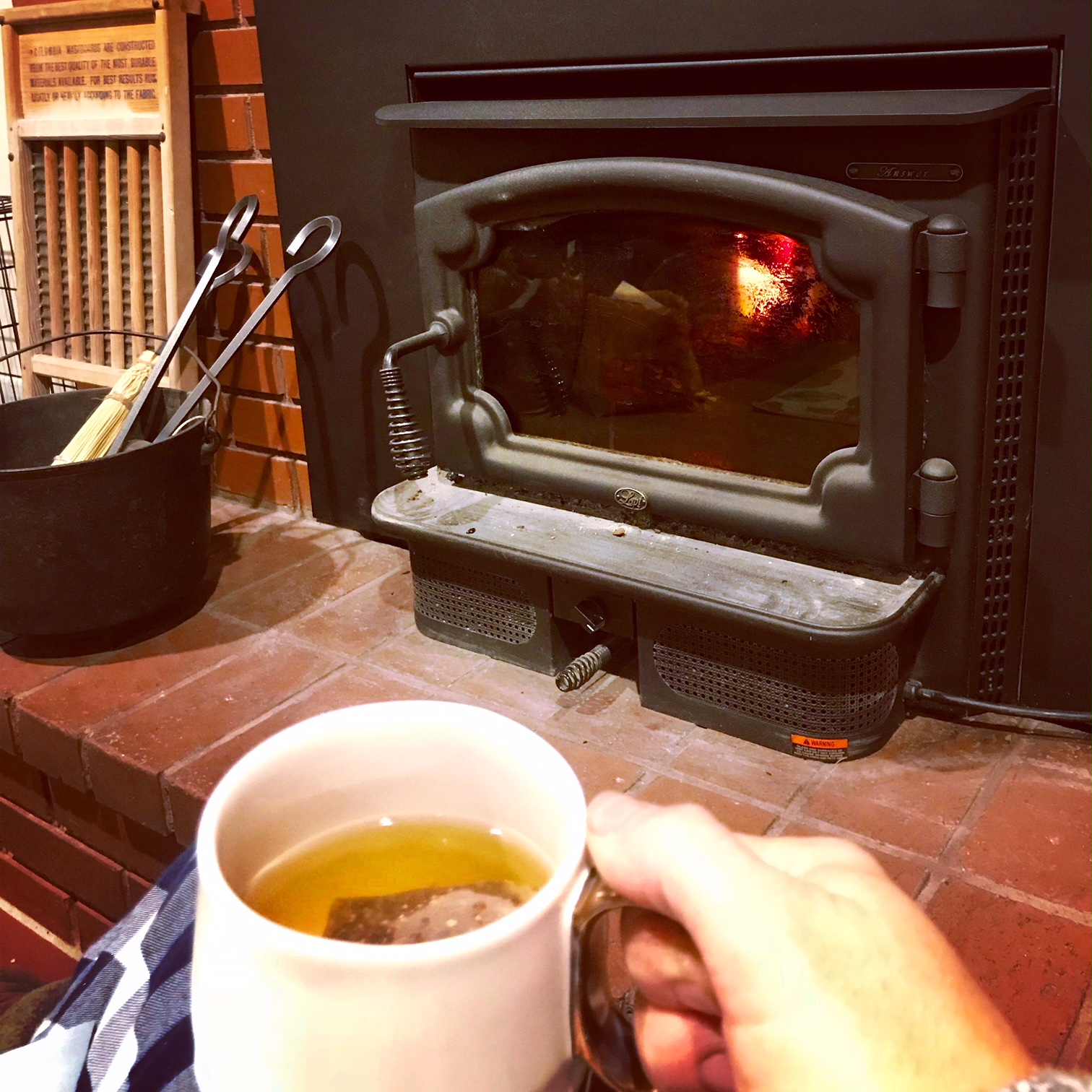 The thing I treasure the most is having all these shared experiences. My kids will quote characters or reference stories and we all get it because we all heard that part too. When we took in a beautiful, sweet, golden-colored chicken, of course we had to name her “Miss Honey” because we had just read Matilda. If anything is ever heavy or weighing us down, we call it our “burden” because we all understand what Pilgrim carried on his back. Last weekend on a bike-ride we spotted two white swans with black beaks gliding on the pond and wondered if they were Trumpeter Swans like the ones we grew to care for in E.B. White’s book. The inspiration I have received through the Read-Aloud Revival Podcast has truly helped me build our family culture around books, as is Sarah MacKenzie’s goal. I thank God that I found her because it has helped transform both our homeschool and our family.